This sensor node was designed to be used in the MySensors dollhouse display, created for the Eindhoven Maker Faire 2017 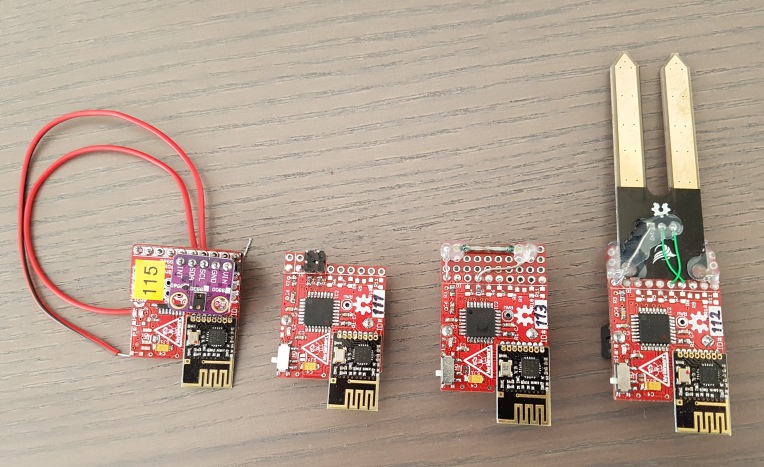 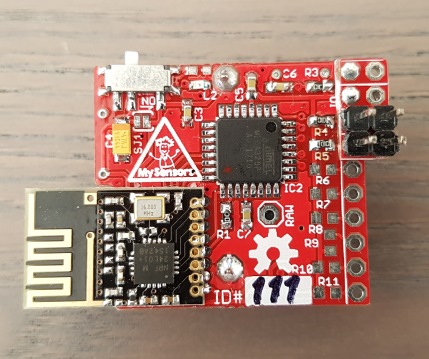 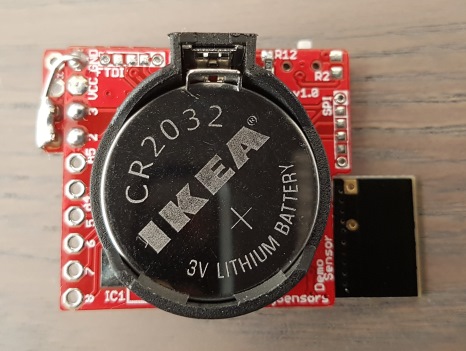 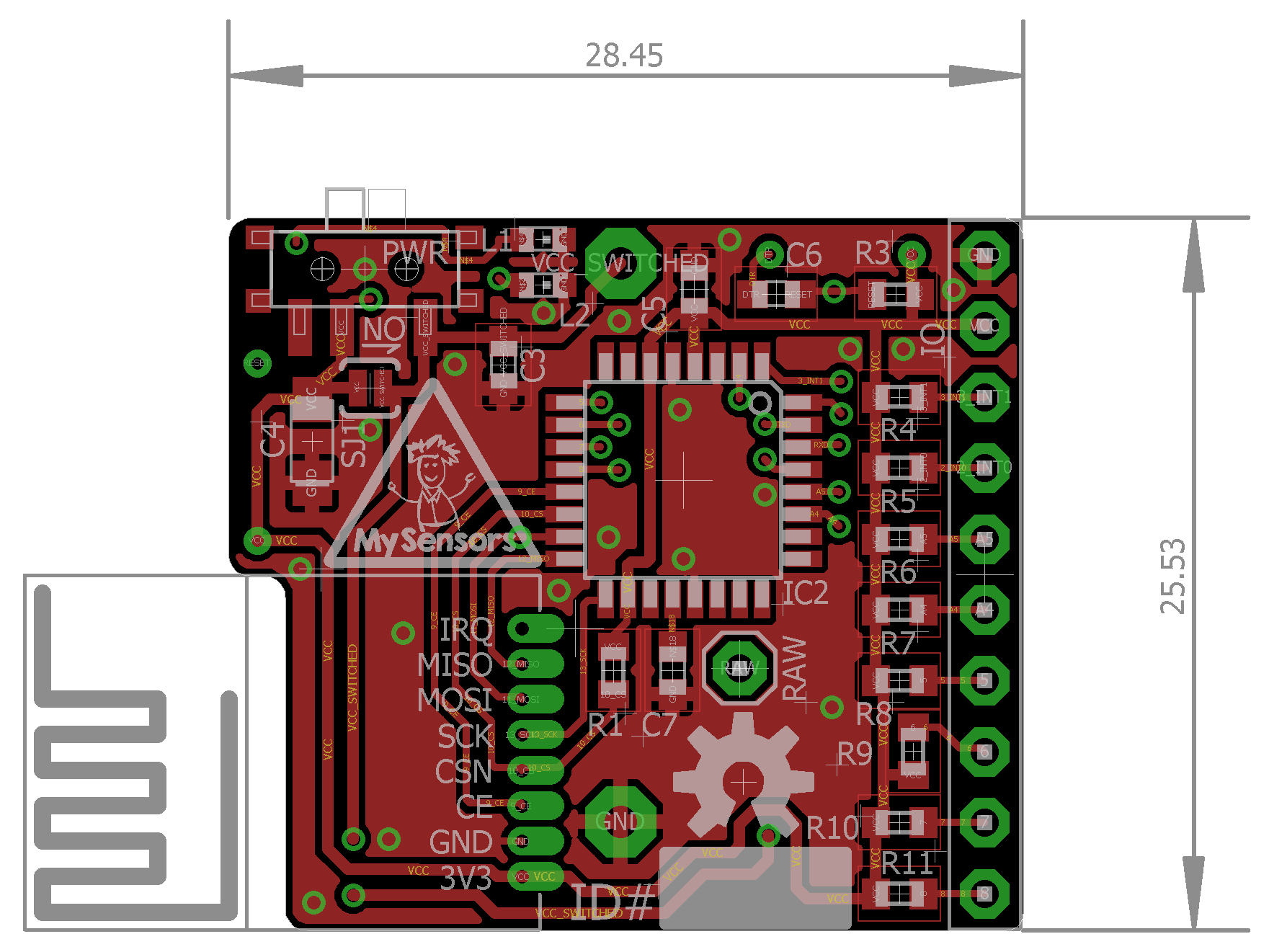 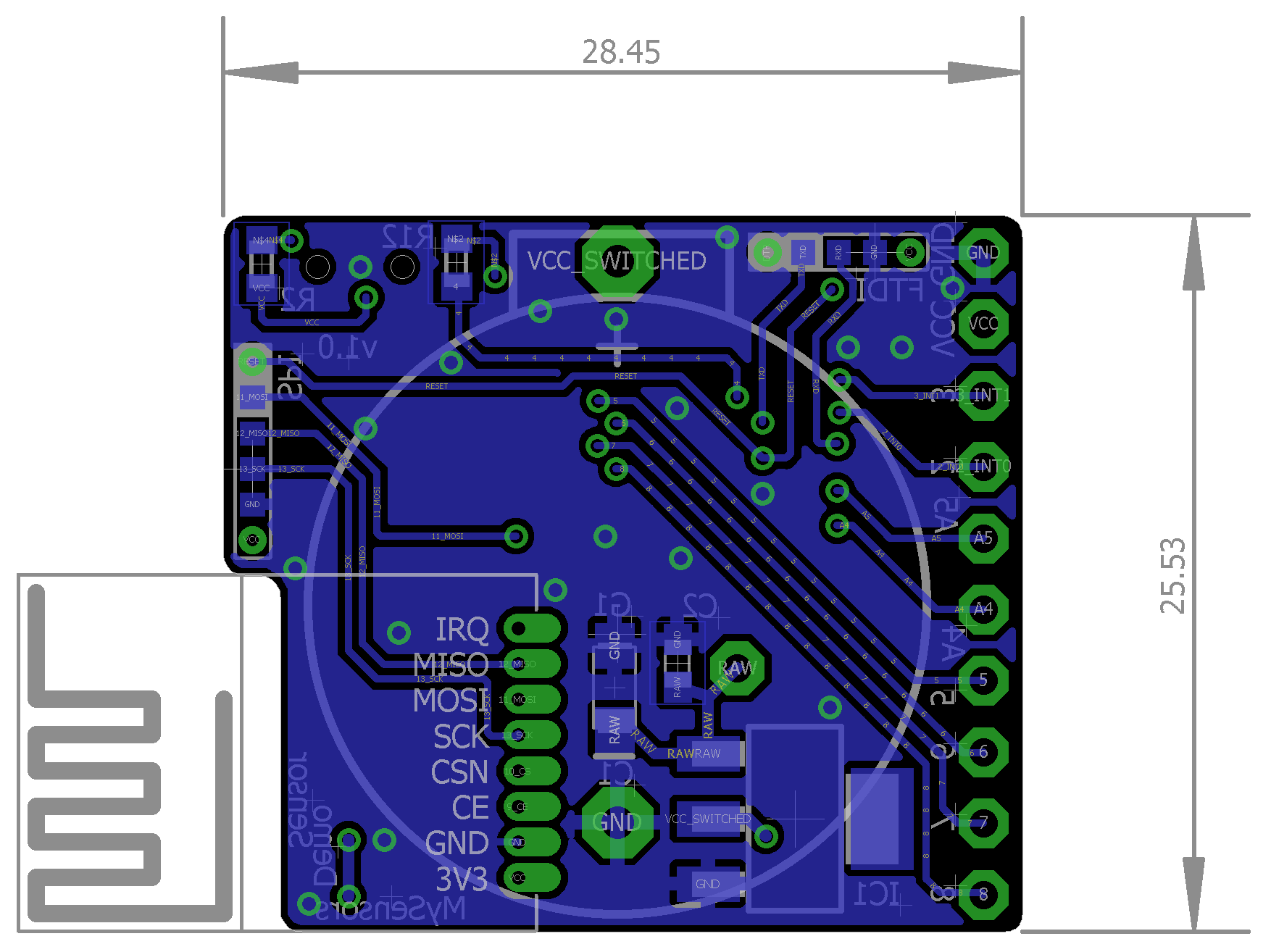 I created a small addon board to simplify connecting a numer of standard sensors. It can be mounted on the IO connector using male headers. Supported sensors/actuators:

The switch is optional. Either mount the switch or short solder jumper SJ1.

Mount the power LED (and its resistor R2) if you prefer a visible indication of a node being switched on. Do not mount it on a CR2032 powered sleeping node as it will drain the battery too quickly.

To keep the sensor small the ISP and FTDI connectors are scaled down to use pogo pins for programming. ISP programming requires a ProtoProg adapter. 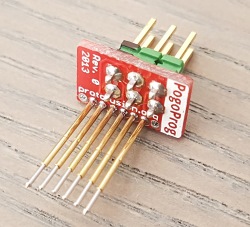 To flash the bootloader refer to my Ikea Molgan Hack 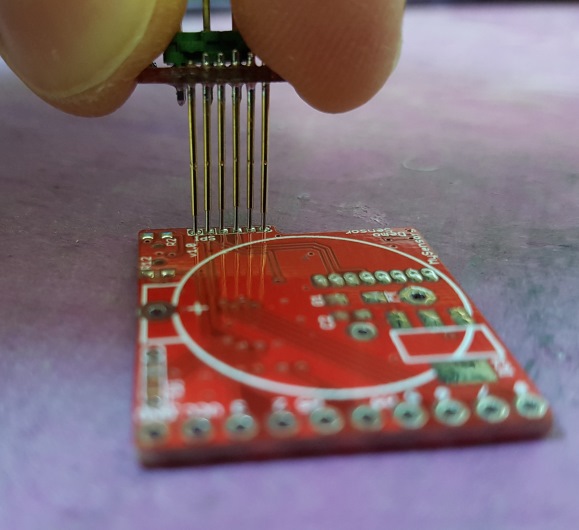 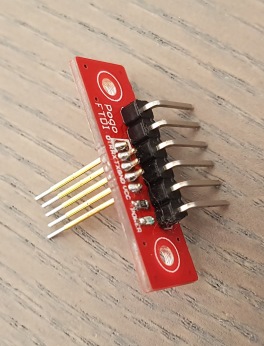