Make a donation to peteorito

The idea of this board was that in my house I`ve got a lot electrical home appliances like electric heater,Dishwashers, Electric Cooktop, Water Heater.. etc and if I conect some of the machine altogether afther some minutes the electrical company turns off the electircal line and i have to turn off all the machine and after some secons I have electricity again. In Spain you pay to the electrical company for 2 reason the energy you've consumed and the power you 've contracted ... and a lot of Tax!. The purpose of this is made a board that i could monitor the energy and when i am spending more electicity that i've contrated the buzzer plays and I will turn off some home appliances before the electrical company turns off .

The board had been desinged for use with arduino Nano and with the following features:

The pinout of the arduino boar is : 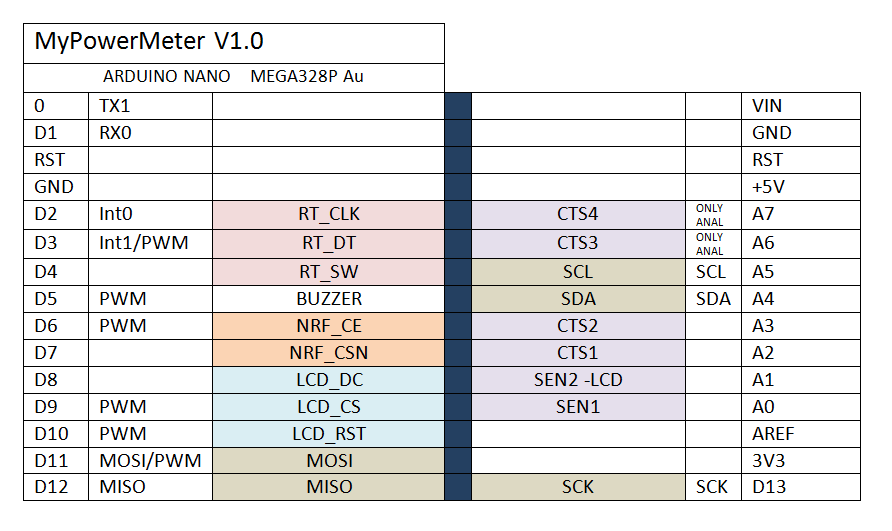 The board has 4 channel for Current Sensor (based of https://openenergymonitor.org/emon/modules/emonTxV3) where you can conect a non-invasive Energy Monitor Sensor(SCT-013-000 or SCT-013-030 )

In the other hand you can conect a Nokia LCD where you can show the information that you need, In my case i show a grafic of some of the current sensor. If we conect rotary encoder module we can do some menu for change parameter

Also it has 2 input where depending of the sensors we can put a pull up resistor (R15, R16) or a Capacitor (C5, C6) as a filter. If for example we can conected the light of the background of the screen we only have 1 input.

For the powering we have two regulator the first if we conecter with voltage above 5v. And the seconds is for giving 3.3v to the NRF24L01 with some of capacitor.